There is A LOT to cover on this page so TAKE YOUR TIME!

Before we begin, watch this video and introduce yourself to the different parts of speech:

After watching the video, you should know there are EIGHT parts of speech: Pronoun, Adjective, Preposition, Adverb, Noun, Verb, Interjection, and Conjunction.

Let's quickly review what a noun, adjective, and verb:
:Noun:
A noun names a person, a place, a thing, or an idea. For example:

Names a general person, place, thing, or idea. These nouns are not capitalized.

A noun that is singular in form but names a group of people, animals, or things.  People, crew, audience, committee; Animals-herd,  flock, litter; Things-collection, bundle, set 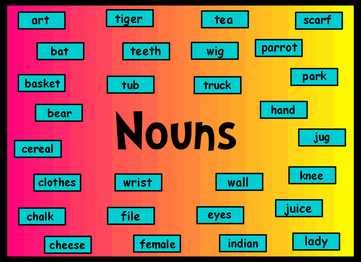 :Verbs:
A verb is a word that describes action or a state of being. It is the main word in the predicate of a  sentence.

A word that describes a physical or mental action.

Linking to a noun or adjective in the predicate of the sentence.

A linking verb says that something is, was, or will be. It does not show action.

Comes before the main verb. It helps state an action or show time. A main verb can have from one to three helping verbs. The helping verbs are <i>am, are, be, being, been, can, could, did, do , does, had, has, have, is, may, might, must, shall, should, was, were, will, would.

Is used when the subject of a sentence is singular.

Is used when the subject of a sentence is plural.

A verb is active if the subject of the sentence is doing the action.

A verb is passive if the subject is not doing the action.

Ends in ed when stating a past action or when using a helping verb. Most verbs in      English are regular.

Does not end in ed when stating a past action or when using a helping verb. 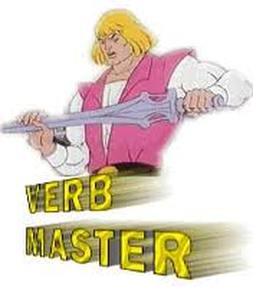 :ADJECTIVES:
An adjective is a word that describes a noun or pronoun. An adjective usually answers one of three questions: What kind? How many? or Which one?

Points out a noun. It always answer the question "Which one?" Demonstrative adjectives are this, that, these, and those.

Made from a proper noun and is always capitalized.

Describes a noun without comparing it to anything or anyone else. 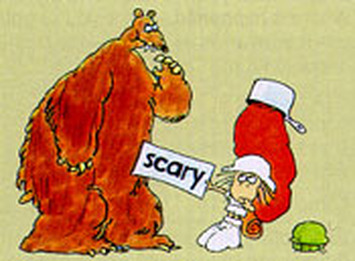 OK, now that we have refreshed our memory, let's practice a little bit.  Click here to play a game practicing what you have just learned about nouns and verbs.
http://www.missmaggie.org/scholastic/cleanup_eng_launcher.html
Now, try either of these adjective games:
Game 1
http://learnenglishkids.britishcouncil.org/en/grammar-games/adjectives
Game 2
http://www.ngfl-cymru.org.uk/vtc/ngfl/english/caerphilly/adjectives/ 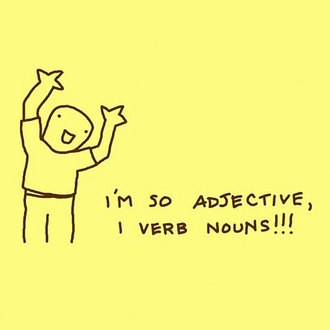 Now your ready to move on to part two of parts of speech!  Good Luck!
Powered by